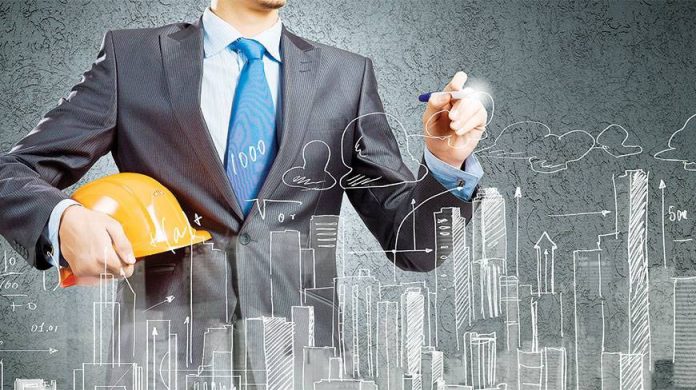 Kriti Senon is an Indian actress who born 27 July 1990. Her father Rahul Sanon is a chartered accountant and her mother is a physics professor in university of Delhi. Her family is Punjabi. She has a younger sister, Nupur Sanon. Early study from Delhi public school and she has completed B.tech in  Electronics and Telecommunication Engineering from Jaypee Institute of Information Technology, Noida.  She is under the our list of CELEBRITIES WHO DID ENGINEERING.

Since then, Sanon has appeared in the commercially successful rom-com films Bareilly Ki Barfi (2017) and Luka Chuppi (2019), and her highest-grossing films have been the comical action romance Dilwale (2015) and the comedy Housefull 4 (2019). She also has her own clothing line, endorses several brands and products, and was named to Forbes India’s Celebrity 100 list in 2019. Also Check How to start modeling in India

Sanon made her acting debut in Sukumar’s Telugu psychological thriller 1: Nenokkadine in 2014 as Sameera, a journalist who falls in love with Mahesh Babu’s protagonistic character Gautham, a successful musician with a shady personality.

Kartik Tiwari (later Aaryan) was born in Gwalior, Madhya Pradesh on November 22, 1990. Dr. Manish Tiwari, his father is a paediatrician, and Dr. Mala Tiwari, his mother is a gynaecologist. He earned an engineering degree in biotechnology from Navi Mumbai’s D Y Patil College of Engineering while secretly aspiring to be a film director. He is under our list of CELEBRITIES WHO DID ENGINEERING.

He met Casting Director Rahul Gurmeet Singh and began his Bollywood journey. Rahul introduced him to Kumar Mangat Pathak (Producer) and Luv Ranjan (Director). Aaryan began a modelling career, while Rahul persuaded the producer to give him his first break. He only told his parents about his desire to become an actor after he signed his first film contract.

On his mother’s insistence, Aaryan completed his engineering degree after the release of Pyaar Ka Punchnama. His next film came two years later, when he reunited with Ranjan and Bharucha for the romantic comedy Akaash Vani (2013), about the titular lovers who are separated when Vani is married off to an abusive husband.

Kaushal is Indian actor who was born On May 16, 1988, in a chawl in suburban Mumbai. Sunny, his younger brother, is also an actor. His ancestors are Punjabis. Kaushal has described himself as a “regular kid who liked to study, play cricket, and watch movies.” He is under our list of CELEBRITIES WHO DID ENGINEERING.

Kaushal graduated from Mumbai’s Rajiv Gandhi Institute of Technology with an engineering degree in electronics and telecommunications. During an industrial visit to an IT company, he realised that an office job was not for him and began to pursue a career in film. He briefly worked as an engineer and started accompanying his father to film sets.

In the independent drama Masaan, directed by Neeraj Ghaywan, Kaushal played his first leading role. Kaushal and Ghaywan worked together on Gangs of Wasseypur, and he was cast in the film after Rajkummar Rao dropped out. Kaushal spent time in Benaras, where the film is set, observing the mannerisms of local men in order to play a young man from a low socioeconomic class yearning for a better life. The drama Zubaan, which Kaushal had filmed before Masaan, was released at the 2015 Busan International Film Festival

Sonu Sood was born in July 30, 1973. He is an Indian actor, producer, model, and philanthropist who primarily works in Hindi, Telugu, and Tamil films. His early study is from Sacred Heart School, Moga. He did his graduation in Electronic Engineering from Yeshwantrao Chavan College of Engineering, Nagpur. For his work in the Telugu blockbuster Arundhati, he received the Andhra Pradesh State Nandi Award for Best Villain and the Filmfare Award for Best Supporting Actor – Telugu in 2009. For the Bollywood film Dabangg, he won the Apsara Award for Best Actor in a Negative Role and the IIFA Award for Best Performance in a Negative Role in 2010. He won the SIIMA Award for Best Actor in a Negative Role (Telugu) in 2012 for Julayi. He is best known for his roles in Yuva (2004), Athadu (2005), Aashiq Banaya Aapne (2005), Ashok (2006), and Jodhaa Akbar (2007). (2008), Arundhati (2009), Dookudu (2011), Shootout at Wadala (2013), Happy New Year (2014), Kung Fu Yoga (2017) and Simmba (2018).He also appeared in commercials for Apollo Tyres and Airtel. He is under our list of CELEBRITIES WHO DID ENGINEERING.

Sushant Singh Rajput was born at 21 January 1986 in Patna, Bihar. His father is Krishna Kumar Singh and mother Usha Singh. His father is a retired technical officer who previously worked at the Bihar State Handloom Corporation in Patna. He was the youngest of five siblings and was known as Gulshan. Rajput was an avid reader with a keen interest in astrophysics, and he won the National Olympiad in Physics.

According to Rajput, he had no interest in engineering but was forced to pursue it by his family, which left him dissatisfied. Instead, he aspired to be an astronaut and, later, an air force pilot, but he was also interested in Bollywood, having a crush on Shah Rukh Khan.

He appeared in several commercially successful Bollywood films, including M.S. Dhoni: The Untold Story (2016), Kedarnath (2018), and Chhichhore (2017). (2019). He received a Screen Award and was nominated for three Filmfare Awards for his contributions to the film industry.

Taapsee Pannu was born in New Delhi on August 1, 1987, to Dilmohan Singh Pannu and Nirmaljeet. She is of Punjabi origin. Her father is a retired real estate agent, and her mother is a stay-at-home mom. Shagun, her younger sister, is also present. She attended the Mata Jai Kaur Public School in Ashok Vihar and graduated from the Guru Tegh Bahadur Institute of Technology with a degree in Computer Science Engineering. She is also in our list of CELEBRITIES WHO DID ENGINEERING.

Taapsee Pannu works primarily in Hindi, Telugu and Tamil-language films. She got Filmfare Award and has featured in Forbes India’s Celebrity 100 list since 2018.

Ranganathan Madhavan (born 1 June 1950) is an Indian actor, writer, film director, and producer best known for his work in Tamil and Hindi films. Madhavan has received four Film fare South Awards and three Tamil Nadu State Film Awards. He has been described as one of India’s few actors capable of achieving pan-Indian appeal, having appeared in films in seven different languages. He has completed B.Sc. in science.

Kalpana Chawla was born on 17 march 1962, in Karnal, Haryana, India, but due to allow to sit in matriculation exam her official date of birth is July 1, 1961. She was always fascinated by planes and flying as a child. She and her father went to local flying clubs and watched planes. After earning a Bachelor of Engineering in Aeronautical Engineering, from Punjab Engineering College India. Also Check Study in Canada .

Must Check What Are The Benefits of Engineering

Here is The Best Engineering College of North India.