Cyber Security Laws in India .Cyber security means protecting data, networks, programs, and other information from unauthorized or unattended access, destruction, or alteration. In today’s world, cyber security is very important because of a number of security threats and cyber attacks. Many companies develop software to protect their data. This software protects your data. Cyber security is important because it protects not only information but also systems from virus attack. After the United States and China, India has the largest number of Internet users.

It can be further classified into 2 types.

Cyber warfare – against a state.

The use of cyberspace, such as computers, the Internet, cell phones and other technical devices, to commit crimes by individuals or organized groups is known as cybercrime. Cyber ​​attackers commit cybercrimes in cyberspace using a large amount of software and code. They exploit weaknesses in software and hardware design by using malware. Data theft is a common way to bypass the barriers of secure computer systems and interfere with their functionality. Theft of personal information is also common.
Cybercrime can happen in person. That is, it directly targets your computer by spreading computer viruses. Other forms include DoS attacks. This is an attempt to make the machine or network resources unavailable to the intended user. Suspend or permanently stop the services of hosts connected to the Internet. Malware is software used to interfere with computer operations, collect sensitive information, or gain access to private computer systems. It usually comes in the form of code, scripts, operational assets, and other software. “Malware” refers to various forms of hostile or intrusive software, such as Trojans, rootkits, worms, and adware.
Another way to commit cybercrime is to use a network or a computer device that is independent of the network. He understands economic fraud. Undermining the economy of the country, attacking the security of banks and commercial systems, withdrawing money through fraud, obtaining credit/debit card data, stealing finances and more again. Destruction. Others include humiliating and harming girls with pornography, distributing pornographic content, threatening emails, false identity guessing, and virtual masking. Today, social media is misused to create vulgarity, incite community violence and incite riots.

Snowden’s revelations show that cyberspace could be the setting for war in the 21st century. Future wars are different from traditional wars fought on land, under water and in the air. When a country starts using internet-based invisible power as a tool of national policy against other countries, it is called cyber war. ‘
This includes hacking of critical information, critical websites, policy controls and intelligence. December 2013 , cyber attack. A six-month cyberattack on the Sofacy group was allegedly against the German parliament. Another example of a 2008 cyber attack on a US military computer. After these cyber attacks, the issue of cyberwar has become urgent in the global media.

The easiest way to improve security and reassure you at night knowing your data is safe is to change your password.

You must use a password management tool such as Last Pass, Dash lane or Sticky Password. These apps help you keep track of each site, using a unique and secure password for each site you need.

An easy way for an attacker to log into a network is to use old credentials down the road. Therefore, delete all unused accounts.

Enable two-factor authentication to improve the security of your connection. An extra layer of security makes it more difficult for an attacker to access your account. Keep your Softwares up to date.

Cyber ​​security is one of the greatest needs in the world, as cyber security threats are extremely dangerous to national security due to the high penetration of the internet today. People, not just the government, need to keep network security settings and systems up-to-date and use appropriate antivirus software to educate everyone about protecting their systems and network settings from viruses and malware. ..

This is It in Cyber Security Laws in India Check Other Articles below For More updates :

Check More on Education in India 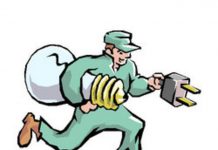 How to get electrical engineering license in India 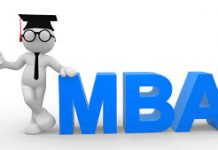 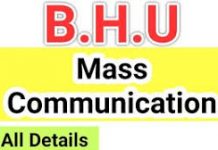